Second-  whenever a conversation turns to natural disasters I say give me hurricanes,  even after living through so many I pick those because you have like a weeks warning.  NO OTHER natural disaster do you get that kind of warning. As a military brat ( kid) and then spouse ( retired)  I can pack and move an entire house and 3 kids, 2 dogs, 1 cat, 2 fish, a hamster, and a hermit crab in 2 days to another country. Bob knows I can snatch up our hurricane kit and everything that matters  along with booking a hotel room,  getting 60 days of prescriptions,  fill up gas cans, prim a generator, and get us all hauled up to a hotel which we call a vacation on the Weezie Jefferson Plan,  " Movin on Up".  You always head North !  Because if you go East or West,  the sucktastic storm will surfire track your ass and swing that way.  You head NORTH,  NORTH, do you hear me new-commers? NORTH.   You have a  weeks notice to go at least 4 hours NORTH!     But it appears each person loves their regions natural disasters as long as they didn't just have one. I guess it's like giving birth, the shitty memory fades just enough for you to tolerate it.


HURRICANES-  BEST NATURAL DISASTER EVER !
(LEVEE)'S BREAKING- APPARENTLY THE WORST
So on my facebook wall there was this big debate and somebody in the central US said Oh I will stick with Tornadoes and after the massive tragedy that just struck the South East I am like NO WAY!  Then a Hawaii friend was all, " Volcano's are cool"  I was like are you shitting me lava sucks.  and the East Coast person was chirped in with " Earthquakes are easy"

The only one of those I have dealt with is the Tornadoes.  Can I throw in a big fat - TORNADOES SUCK ASS. Seriously as a kid I remember running the old lady closet smelling basement which was kind of fun, and by fun I mean it was fun until the train nose made our house fall down on the basement and we had to get dug out,  we had like 10 minutes to get in there.  It was a fucking miracle my mom was sober enough to fall down the stairs.  My husband, The Droid was an Old time Tornado Chaser/Reporter in OKC.  No thanks.  I like the weeks notice thing. If you get hit by a hurricane.  Sorry it's your choice, let me say it again A FUCKING WEEKS NOTICE.

So then my brain ran off in the non PC direction and I came up with these questions for the earthquake people.

1-If you are having shitty sex,  and there is an earthquake, does the sex get better?  Would that make you think it's good and then would you give them another shot?  Thus leading to a fake higher sexual rating.

2-If there is an earthquake and you jump on an unbalanced washing machine  does it counter act the earthquake thus making you think there is no earthquake?

3-If you have Parkinsons do you even know there is an earthquake?

4-Do Smoothie shops  save on their electric bills when their is an earthquake because their shit gets all shaken up for free?

5-Japan has been washing nuclear waste into the ocean since that huge earthquake.  What is the incubation period for Godzilla? 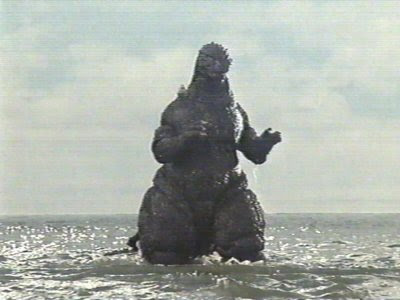 **  disclaimer-  I have the utmost respect and heartfelt sympathy for the people of Japan, the way they have handled themselves after this huge tragedy, also the people suffering from Parkinsons. So if you feel the need to flame me you are so totally wasting your time.  I wont care, unless you have Parkinsons and you happen to be  Godzillas mom and live in the Nuclear Power Plant in Japan while outrunning lava.  Honestly you don't want to play the pity or  card with me right now. Trust me.**
Posted by ThePeachy1 at 6:20 PM

You're Doing it Right said...

Peach, I'm with you. Been in tornadoes and they suck dirty old man balls. You're a rock star!