Pretty sure I have a fucking brain cloud.

OK if you don't watch scrubs first fuck you, because it was awesome, also now it's on really late in re runs so that means you don't suffer from insomnia  so chances are you don't have a damn brain cloud so screw you. 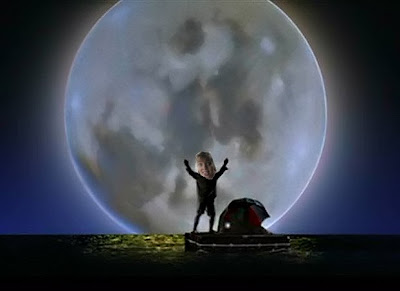 But they had this one episode where this chick heard everything as a musical and it was super freaking hilarious that was until they found out she had a brain tumor.  Which I will call a Brain Cloud because I loved Joe and the Volcano and if you don't know that movie well then double fuck off because that means your probably younger than me and I hope you order a hot fudge sundae and it's really hot and sticks to the roof of your mouth and shit. Because clearly I am having issue with my Brain cloud. Clearly I must have one.

The obvious evidence I have one is that I have found myself singing everything to myself to remember shit.

The problem is it is not a show tune.  I guess this means I am not gay, which is a bummer, because as a chick I would love to be gay because there are some seriously hot chicks I would love to get to at least 3rd base with and I love hot shoes and hooker boots and fake eyelashes and doing the super model stomp and flipping my hair around and acting like a diva.  OH HOLD THE FUCKING PHONE.  As a chick I can do that without being gay right?  SA-WEET!  I feel much better about not being gay but I am still bummed about the idea of living with this fucking brain cloud and singing everything to myself.

All last month I constantly sang the song " think of me, think of me fondly" whenever left a room or told someone good bye.  Now that may sound funny.  To me it was,  but to everyone else it wasn't probably because my singing is like a bag of kittens being beaten with the hammer of Thor.  But at least it was a theme right?  I mean it served a purpose and didn't point towards a BRAIN CLOUD !

But this past weekend I caught myself singing instructions to myself at every turn. To 1 particular tune.
"Get your panties on."    "Put the clothes in dryer."   "Load the dish   washer"    "Feed the fucking dogs."    "Shut the backdoor now."    " Open  power bill"    "put phone on charger"


WHAT THE FUCK IS WAPNER ON AT 5PM?  HOW MANY TOOTHPICKS ARE IN THAT BOX? DO  I NEED MY UNDERWEAR FROM K-MART?
"I    AM      IRON    MAN"
holy bob, I have a brain cloud,  I am not only talking to myself, I am singing reminders of mundane tasks to myself, while sober to the tune of fucking iron man.  That's it woman,  it's over,  you have done what can not be undone.  To much radon, or florecent lighting, or mt dew, or whatever. Just get some big ass luggage,  and fling your fat ass in a volcano for the good of mankind.
Don't  bother sending help, I fear I am too far gone already.
XO
PEACH OUT
Posted by ThePeachy1 at 7:09 AM

Email ThisBlogThis!Share to TwitterShare to FacebookShare to Pinterest
Labels: brain cloud, insanity, iron man, joe vs the volcano, lost my mind, the peachy 1, The pits, the pits of being peachy

I thought people only bought socks at K-Mart?

Fret not, Peachy one, we all know you're an excellent driver, as evidenced by your bangin' ride you like to tell tales about.

You're Doing it Right said...

"Or Mt. Dew or whatever" LMFAO!

Iron Man song? Quirky, but awesome none the less. Betcha Droid don't get in the way of your panty search when you sing it.

Word Verification: spianwak
I don't think I can use it in a sentence, but I TOTALLY think you need to write a blog post around that word.